COFREPECHE in consortium with Stratégies Mer et Littoral and Coopération Maritime has been awarded the contract “Coordination and animation of the national network for the measure of the local development led by local actors” of the European Maritime and Fisheries Fund (DLAL EMFF). This mission will have an initial duration of 18 months. The DLAL EMFF has two main objectives, to maintain and create direct or indirect jobs in the fishing and aquaculture sectors and to maintain the importance of the fishing and aquaculture sectors in the development of coastal areas. The 7 French coastal regions have selected 23 Groups of Local Actors “Fisheries & Aquaculture” (GALPA) on calls for projects in order to represent them and implement strategies adapted to their territories (see map below). The GALPAs therefore represent the beneficiaries of the DLAL EMFF.

In this context, the COFREPECHE / Strategies Mer & Littoral / Coopération Maritime consortium will have the following tasks:· 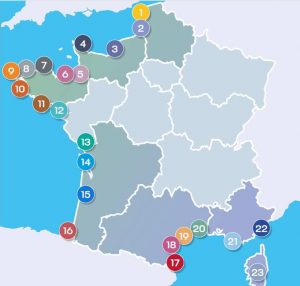 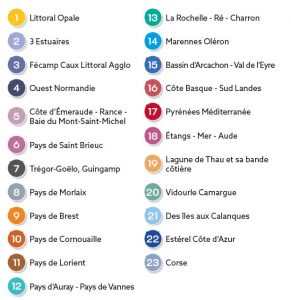